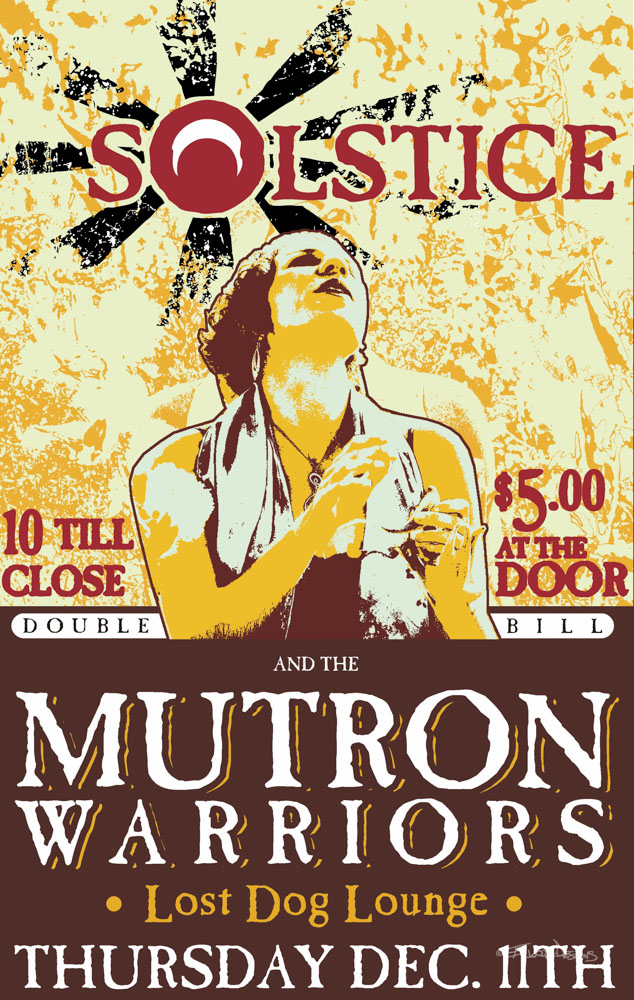 Sciscioli’s deep and resonating voice has been compared to Nina Simone. She performed onstage with Sharon Jones and the Dap Kings at the State Theater in Ithaca, NY.

SOLSTICE is Sciscioli’s foray into original songwriting, embracing the soul style with elements of R&B, funk, reggae, Latin, jazz and gospel. Her initiation to the band scene began in 2004 with 60s Motown cover band The Destination. From 2007-2008 she sang with Kevin Kinsella (founder of John Brown’s Body) in his band Food, Clothes and Shelter.